3 Ways the iPhone Has Disrupted My Life for the Better

The 10th anniversary of the iPhone announcement in 2007 was mentioned on a number of podcasts I listen to this past week, and this got me into a reflective mood. I can remember vividly where I was when the announcement took place. At the time I was a graduate student at the University of South Florida, and I watched the announcement on the big screen in the iTeach Lounge where I worked as a graduate assistant.

I must admit that at first I was a bit skeptical. The first version of the iPhone was pretty expensive, and it took me a year after the launch to decide that I wanted to get in on the fun.  If I remember correctly, it cost me $399 for 8GB of storage when I bought my first iPhone from Cingular Wireless (remember them?). As cool as that first iPhone was, it took two important developments to make me a true believer.  The first one was the release of the App Store in 2008, which opened up  a world of possibilities only limited to developers’ imagination. The second was the accessibility support announced with the release of the iPhone 3GS. After my first iPhone contract with Cingular was up, I actually returned to a traditional flip phone for a little while for my next phone. Once the accessibility support was announced, though, I was locked in. I have been an iPhone owner ever since.

In addition to the App Store and the built-in accessibility support, there are three other important ways in which the iPhone has disrupted my life in significant ways that go beyond just being able to have access to information and communication on the go.

A Better Set of Eyes

The iPhone couldn’t have come at a better time for me. At the time, my vision loss was getting the point where using a traditional DSLR camera was becoming harder and harder. As I detailed in an article for the National Federation of the Blind’s Future Reflections magazine, the built-in accessibility features of the iPhone have allowed me to continue with my passion for capturing the beauty in the world around me. The way I see it, the iPhone is now “a better set of eyes” for me. Most of the time, I can’t be sure that I have actually captured a decent image when I aim the phone at a scene. It is not until later, when I am reviewing the images more carefully at home, that I notice small details I didn’t even know were in the frame. You can see some examples of my photography on my Instagram page. 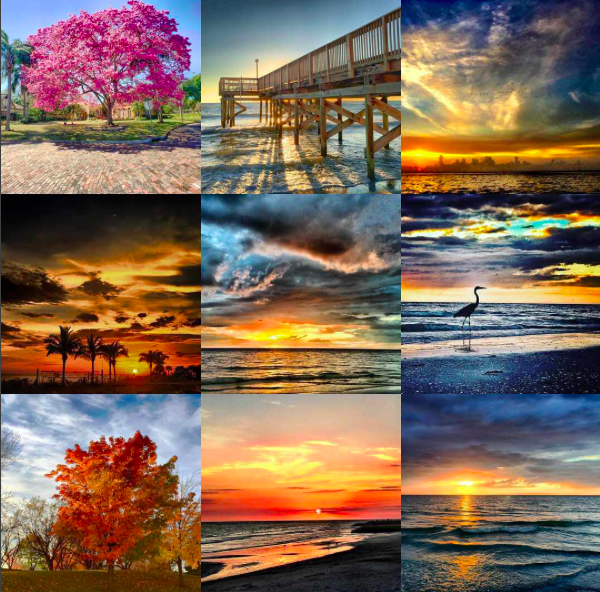 Going forward, this idea of the iPhone as my “best set of eyes” is going to be important to me beyond photography. As my vision loss progresses, I will be able to rely on the iPhone’s ever improving camera to recognize currency, capture and read aloud the text in menus, business cards and more, and tell me if my clothes are exactly the color I intended. I have no doubt that “computer vision” will continue to get better and this gives me hope for the future. Already, the VoiceOver screen reader can recognize some objects in your images and describe them aloud. This technology was developed to make searching through large image libraries more efficient, but it will be helpful to people with visual impairments like me as well.

Independence at the Touch of a Button

The second major way the iPhone has disrupted my life for the better is by giving me back my independence in a big way, through apps such as Uber and Lyft. Now, I know you can use these apps on other smartphones, so they are not exclusive to the iPhone. However, when you really think about it, no iPhone means no App Store. No App Store means there is no incentive for other companies to copy what Apple did.

Uber has replaced the many frustrations I had with public transportation (lateness, high taxi fares) with a much more convenient and less expensive solution. Yes, I know some of my blind friends have had a number of issues with Uber (such as outright discrimination from drivers who are not comfortable with a guide dog in their vehicles), but this would probably happen with taxicabs too.

My own experience with Uber has been mostly positive, and the service allows me to easily get to doctor’s appointments, and provides me with a reliable way to get to the airport so that I can do my work of spreading the message of accessibility and inclusive design for education to a broader audience beyond my local area. Uber and Lyft, and the iPhone as the platform that made them possible, have really opened up the world to me.

Can You Hear Me Now?

One of the big trends at the Consumer Electronics Show (CES) this year was the presence of Alexa, Amazon’s voice assistant, on all kinds of consumer appliances. Alexa joins Apple’s Siri, Microsoft’s Cortana and Google’s Assistant in heralding a future where voice and speech recognition replace the mouse and the touch screen as the primary input methods for our computing devices. We are not quite there yet, but the accuracy of these services will continue to improve and I am already seeing the potential with some of the home automation functions that are possible with the existing implementations (having my lights be automatically turned on when I arrive at home, for example).

Here, again, the iPhone deserves quite a bit of credit. The release of Siri as part of the iPhone 4S in 2011 brought the idea of speech recognition and voice control to the mainstream. Previously, its use was limited mostly to individuals with motor difficulties or niche markets like the medical and legal transcription fields. Siri helped popularize this method of voice interaction and made it more user friendly (remember when you had to sit for several minutes training speech recognition software to recognize just your voice?).

The smartphone is a mature technology and some have questioned whether it has reached its apex and will soon give way to other options for content consumption and communication. One possibility would involve virtual, augmented or even mixed reality. Given the visual nature of AR and VR this gives me some cause for concern just like I had at the release of the iPhone back in 2007. However, just like Apple took a slab of glass and made it accessible when few people thought it could, with some creativity we can make AR and VR accessible too.

We have come a long way in just 10 years (sometimes I find it hard to remember that it has only been that long). In that time, Apple has shown that “inclusion promotes innovation.”  Accessible touch screens, voice controlled assistants, ride sharing services, are just a few of the innovations that have developed within an accessible ecosystem started with the iPhone. Thank you Apple, and congrats on the 10th anniversary of iPhone.Here’s to the next 10, 20 or 30 years of innovation and inclusion.

Luis Pérez is an inclusive learning consultant based in St. Petersburg, Florida. He has more than a decade of experience working with educators to help them integrate technology in ways that empower all learners. Luis holds a doctorate in special education and a master’s degree in instructional technology from the University of South Florida, and he is the author of Mobile Learning for All: Supporting Accessibility with the iPad, from Corwin Press. Luis has been honored as an Apple Distinguished Educator (ADE) in 2009, and as Google in Education Certified Innovator in 2014. He is also a TouchCast and Book Creator Ambassador. Luis currently serves as the Professional Learning Chair of the Inclusive Learning Network of the International Society for Technology in Education (ISTE), which recognized him as its 2016 Outstanding Inclusive Educator. His work has appeared in publications such Teaching Exceptional Children, Closing the Gap Solutions, THE Journal, and The Loop Magazine. In addition to his work in educational technology, Luis is an avid photographer whose work has been featured in Better Photography magazine, Business Insider, the New York Times Bits Blog and the Sydney Morning Herald. Luis has presented at national and international conferences such as South by Southwest EDU, ISTE, CSUN, ATIA and Closing the Gap. View all posts by Luis Pérez, Ph. D.